Is Losing Teeth Related To Losing Other Functions? 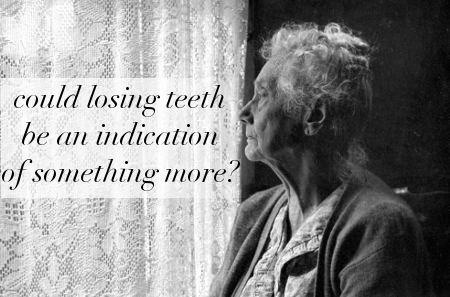 The Journal of the American Geriatrics Society recently published a study that showed people aged 60+ who had none of their own teeth performed worse in memory and walking tests than people who still retained their own teeth.

Even after adjusting for a myriad of variation in behavior, like socio-demographics, existing health conditions, physical health, smoking, drinking, depression, and socio-economic status, people who didn’t have their own teeth still performed slower than those with teeth.

Now, this doesn’t mean that if you are missing a few teeth you should worry about suddenly developing mental problems—it’s just a good indicator of decline that should be noted in older adults. It’s just another reason to keep up healthy oral habits life-long.