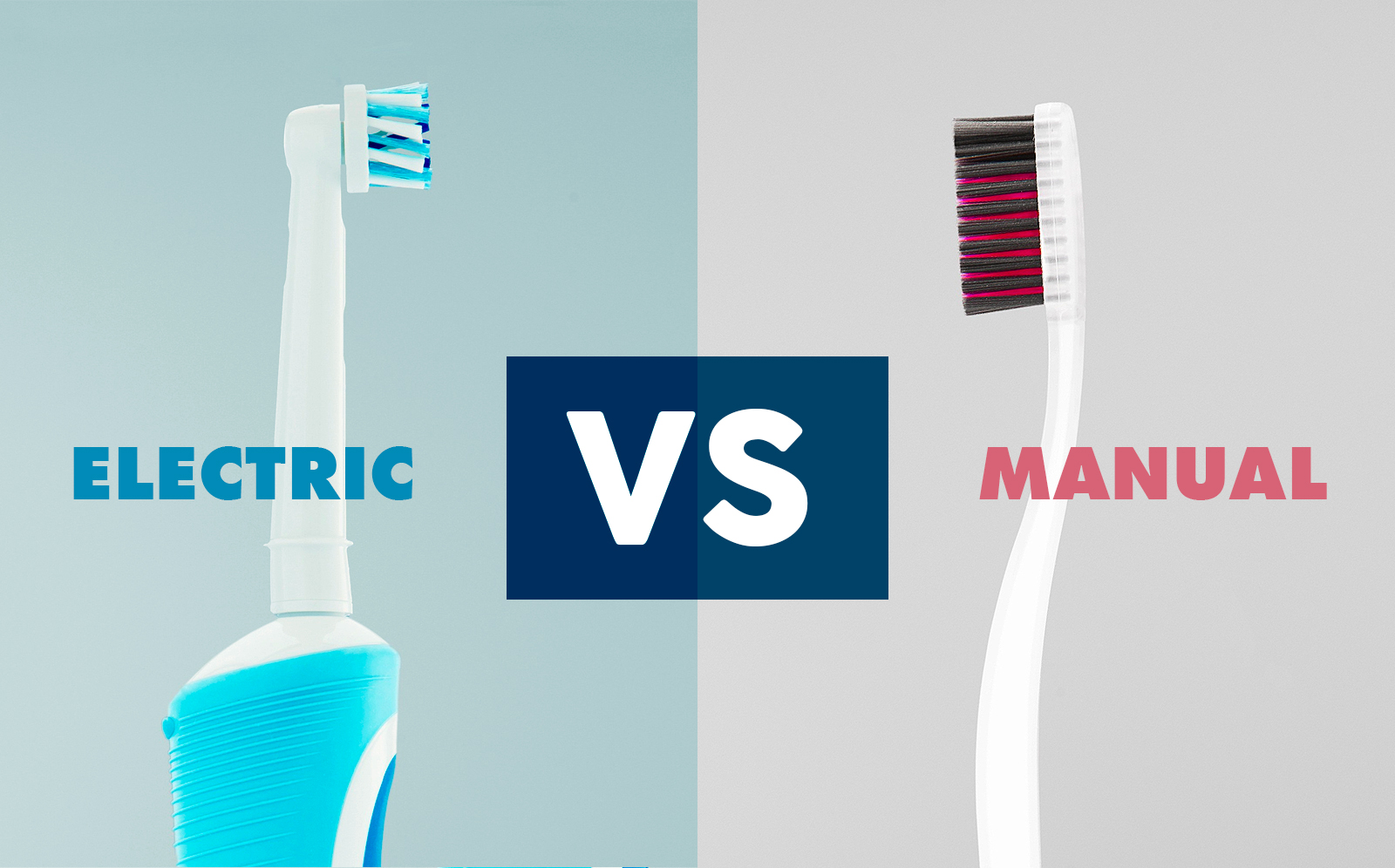 There has long been debate about whether electric or manual toothbrushes reign supreme when it comes to oral hygiene. Those in favor of manual brushing allege that being able to fully control the brush better allows the user to reach difficult spots. Those on Team Electric Toothbrush swear that the subtle vibrations and pressure indicators ensure the optimal clean. So, what is the truth? We’ve gathered the top factors to consider when it comes to choosing your toothbrush, and hopefully settling the score once and for all.

Cost
Of course, it’s no secret that electric toothbrushes tend to be a smidge pricier than their manual counterparts. As electric brushes become more mainstream, they are certainly becoming less expensive in general, but still, there is a significant difference between paying $25 for a toothbrush and $3. When considering cost, one should consider what exactly it is they’re paying for. Most electric brushes are capable of about 30,000 brushstrokes per minute, whereas most people using manual brushes average at around 200 strokes. If you consider the cost per brush stroke, electric brushes actually cost less.

Usability
For certain patients, electric brushes have some distinct advantages. Kids can benefit from electric brushes with a built-in timer, to help them get a sense of just how long two minutes is. The elderly, especially those with limited mobility, can receive a deeper, more thorough clean in places they might not be able to reach themselves. Overzealous brushers who would normally be at risk of inflaming their gums by applying too much pressure, can find electric models that have a pressure gauge that will alert them if they’re brushing too hard. While these factors wouldn’t necessarily matter for the average adult, electric brushes certainly provide advantage for people with specific needs.

Portability
In this arena, manual brushes clearly come out on top. For frequent travelers, a manual brush (which are traditionally smaller and thinner than their manual cousins) can be thrown into a toiletry bag with hardly a second thought, and if they’re accidentally left behind, their relatively low cost makes them easier to replace.

Clean
Here’s where this debate gets tricky. Of course, some very diligent brushers can get by just fine only using a manual toothbrush. Others require the help of the rotating or vibrating brush head. In general, hygienists and dentists tend to agree that most patients would likely benefit in some way from electric brushing, for no reason other than the fact that machines are often capable of things that the human body is not.

Regardless of what kind of toothbrush you use, you won’t see any benefit without regular, attentive brushing. To find out how you’re doing with your individual brushing, or to get a personalized, professional opinion, contact us today.